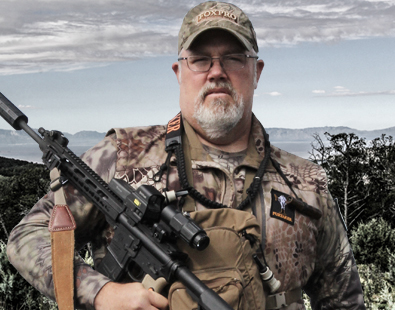 Allen Morris of Payson, Utah grew up with a love of hunting, fishing, and the outdoors. As a youngster he could be found with his dog and BB gun, chasing animals around his family's dairy farm.

At the age of 15 Morris' father read an article in Outdoor Life about Wayne Carlton and his ability to call elk using a turkey diaphragm call. His father called Wayne that very day. "My life was changed forever," said Morris. "After some one-on-one instruction over the phone from Wayne, no more than three days later I was calling elk in the field myself. I realized I had a unique ability to call, mimicking the sounds elk made." Al's talent for calling and hunting elk led to a lifetime career as a professional guide.

Al is extremely excited to be associated as part of the FOXPRO family. He is looking forward to sharing his knowledge and experience with outdoor enthusiast.